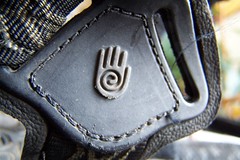 According to the Second Life Reuters presence Showtime has a hit inside Second Life. And me not being much of a Second Lifer I have normally found the place to be a ghost town which isn’t a bad thing. But apparently it works for some corporate presences.

Unlike so many corporate presences in Second Life, “The L Word” sim is no ghost town. The virtual home of Showtime’s cable television show buzzes at all hours with activity, full of avatars chatting and dancing.

Together with its developer, The Electric Sheep Company, Showtime won a technology Emmy this week for its work inside Second Life. The award was one of three scored by the virtual worlds industry, along with MTV’s Virtual Laguna Beach and Second Life creator Linden Lab.